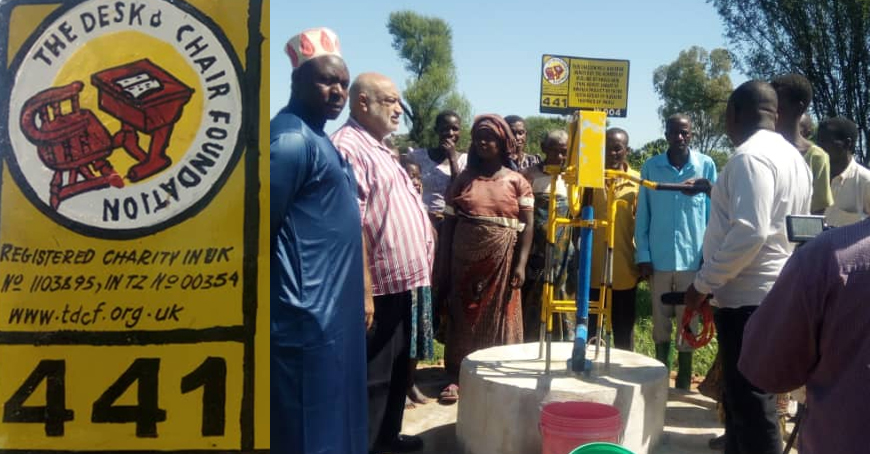 Today Sunday 16/2/2020, shallow well no 441 was handed over to villagers of Bukigi village in Malampaka area in Shinyanga region.

This village has 224 families that will benefit from this well in daily basis though villagers have been requesting for few more wells as one well is not enough especially during drought period.
This well was donated by Mwanza youths group of Muslim community of khoja shia ithna Ashery (MZA ) JAMAAT.
The youths group famously known as HUSSEIN A S INSPIRES have in a very short period donated four wells in different villages of the lake zone.
The villagers were thankful to the donors as the water was being fetched from a very long distance prior to this well.

May the almighty repay the donors abundantly here and hereafter AAMIN

The system is working perfactly and..

Shallow well no 472 handed over at Ng’hungu sub village

Shallow well no 473 handed over at Ngulungwashi village

Shallow well no 473 handed over at Ngulungwashi village Malampaka in maswa district in SIMIYU region
430 families will benefit from..

Shallow well no 474 handed over at Bushini village

Shallow well no 474 handed over at Bushini village Malampaka in maswa district in SIMIYU region
120 families will benefit from this..

In marking the WORLD BLOOD DONORS DAY,
The Desk and chair Foundation have donated 340 pcs of t/shirts,200 pairs of khanga and 510 p..

TDCF builds a waiting bay are at the Nyamagana Health center in Mwanza city.

TDCF builds a waiting bay are at the Nyamagana Health center in Mwanza city.

This centre caters for average 120 patients on daily ..

While preparations are in full swing to open all schools in Tanzania on 29/6/20 after almost three months of schools closure due to COVID..

TDCF thanked by Mwanza District Commissioner in organising transport of street kids back to their villages and parents.

TDCF  Constructs Classroom for special needs children at Nyakato Primary school. This is nearing completion and will be handed over soon..